The Cold-War era of High Altitude flying led there to be an array of different flying suits and helmets trialled for this purpose. At the time, nobody really knew the effects of flying at high altitudes, or what the adverse affects of a sudden cabin depressurisation could be (such as the fear of canopy blowing off). To protect the aircrew against this perceved danger, initial efforts were placed on developing fully enclosed pressure suits.

The life span of the development full pressure suits was short lived, as it was soon realised that partial presure helmets and a pressure jerkin was sufficient to "get you down" safely after a cabin depressurisation event.

Of the array of full pressure suits tried, this series, known collectively as the "Windak" suit and helmet has become the most well known, due to many television and film apperances in science-fiction works, as space suits.

"Windak" was a trade name used by Baxter Woodhouse Taylor, and had been in use since the second world war on items of heated flying clothing. However, people seem to solely refer to this series of full pressure suits as "The Windak Suit", even though the series contains a few variants.

I have no decent written information on the development of this suit, nor details of the variants aside from what can be seen in this collection images.

The two outer people wear two slight variants of what we collectively call "The Windak Suit" in blue. Differences can be seen in the aluminium fittings on the legs, and details on the gloves, tops of the boots, and groin.

The suit and helmet in the centre is an unknown type.

This image was sent to me some years ago by Christian Brydges. 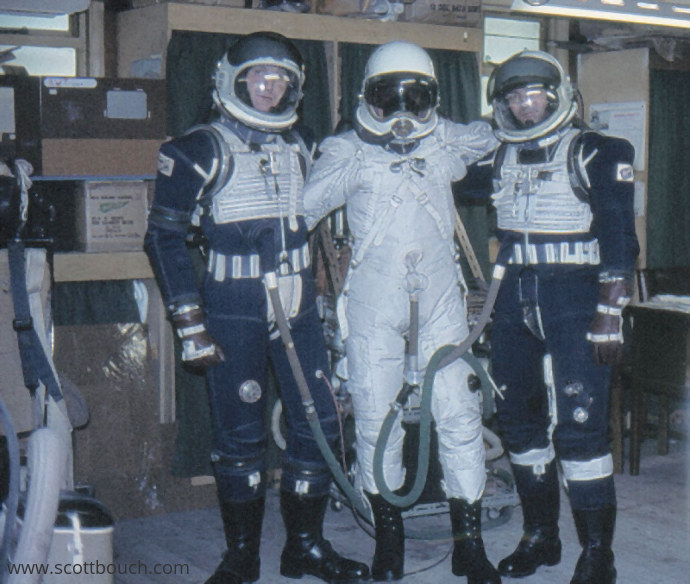 This suit appears to be identical to the one on the left in the image above. It may even be the same suit.

This image was found on the Hello Spaceman Blog. The source states the date as 1962. 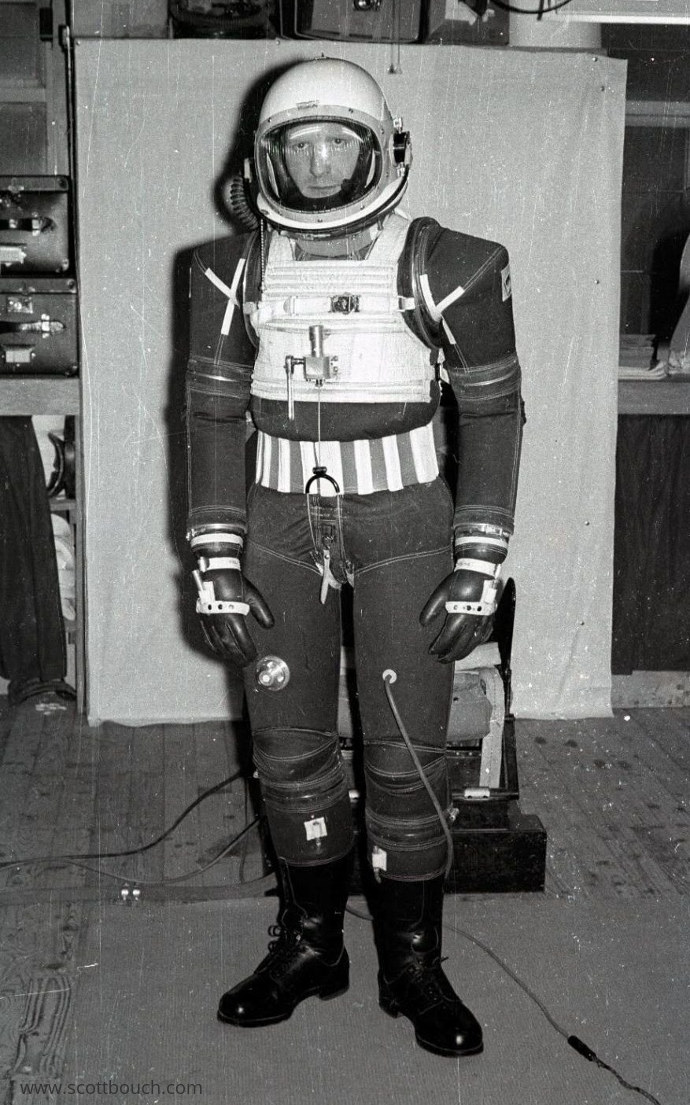 Assumed to be part of the testing of the suit, this poor fellow is seen cycling wearing an inflated Windak suit. A gauge is fitted to the handle bars for observers to presumably check the suit pressure, while a thin hose can be seen going off to the right, presumed to be supplying oxygen to the wearer.

This image was found on the Hello Spaceman Blog. 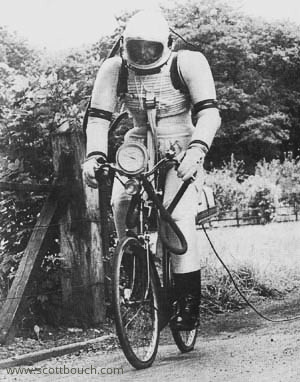 This series of wonderful concept drawings from BWT was shared with me by Christian Brydges.

They show initial concept ideas for the design of what would become the full pressure Windak suit. 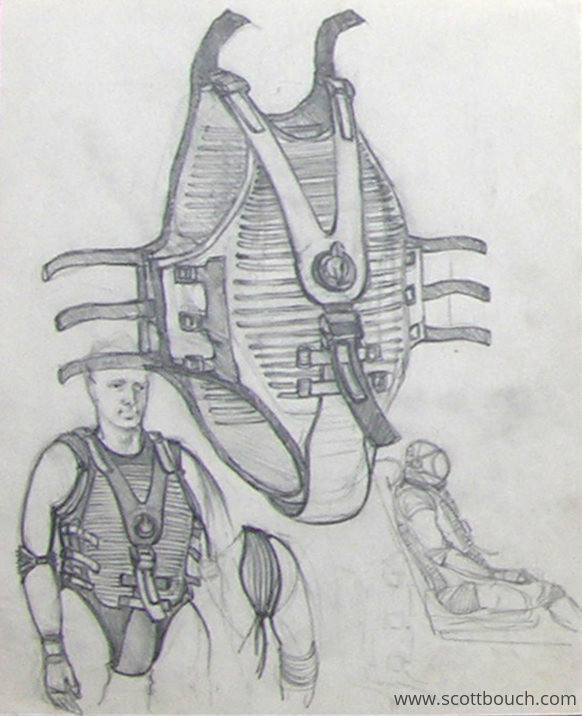 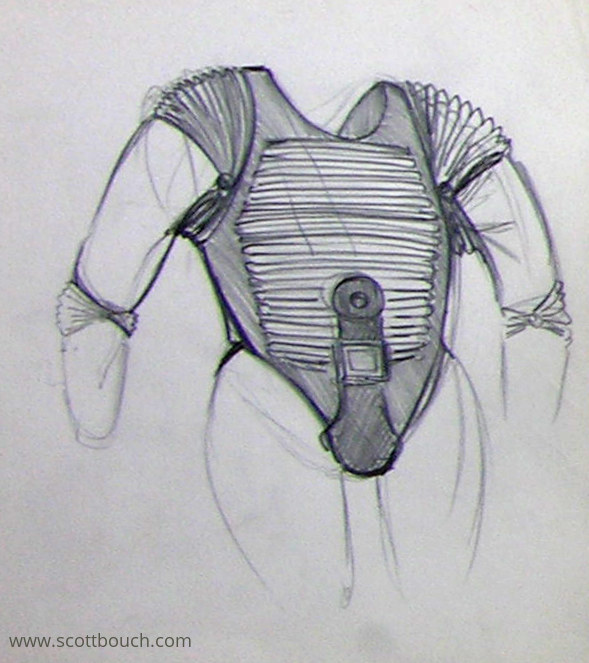 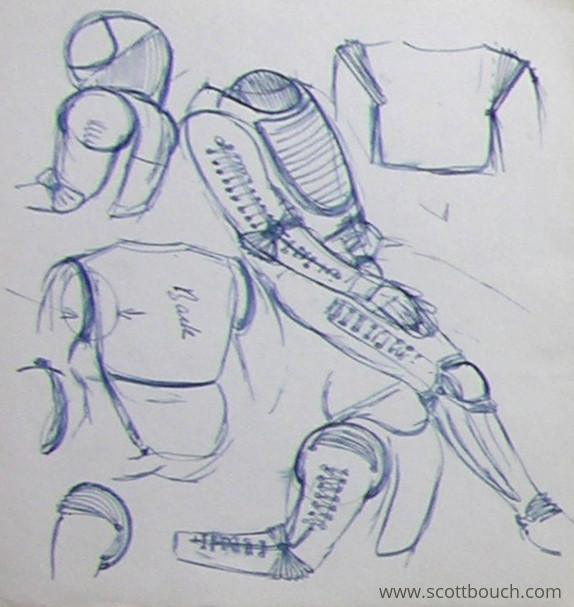 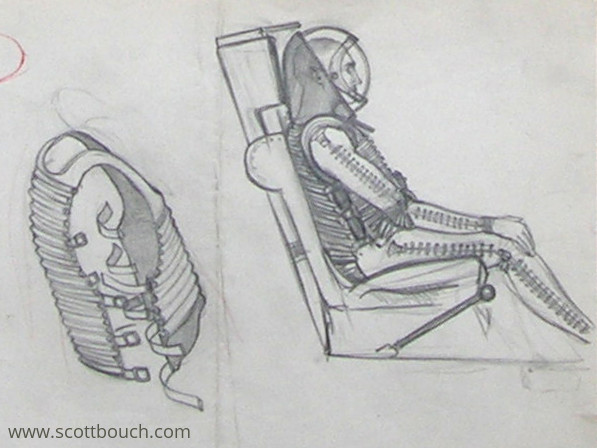 It is interestig to note the ejection seat in the below image resembles the lightweigt seat gun of the Folland Gnat. It shows a seat mounted headrest, tucked up inside the rear shell of the helmet, an interesting concept: 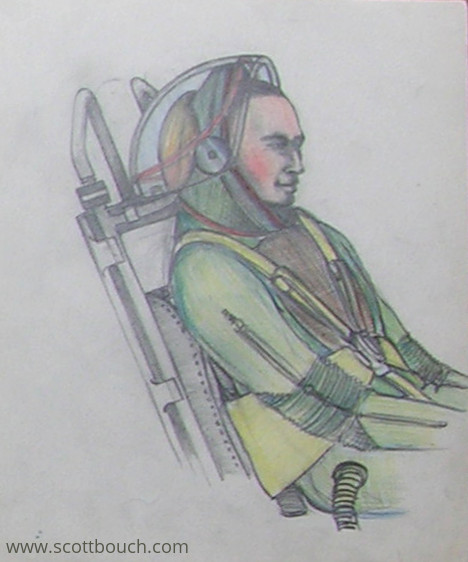 This edition of Flight gave a very detailed review of the 1961 Farnborough SBAC show, including the information from this page about the Baxter Woodhouse Taylor, Windak full pressure suit and helmet. 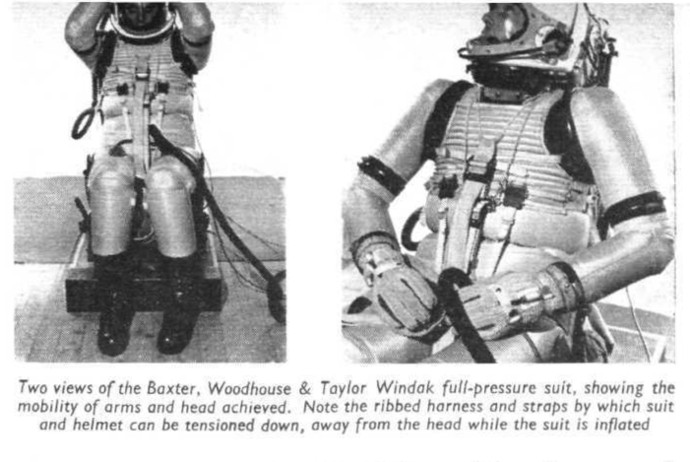 In Film and TV

TV: Doctor Who, The Wheel In Space,

While visiting the Leicester Space Centre with my family, I chanced upon this Windak Suit, just hanging there in a classroom.

Note, it is displayed incorrectly with an E-Type partial pressure helmet.